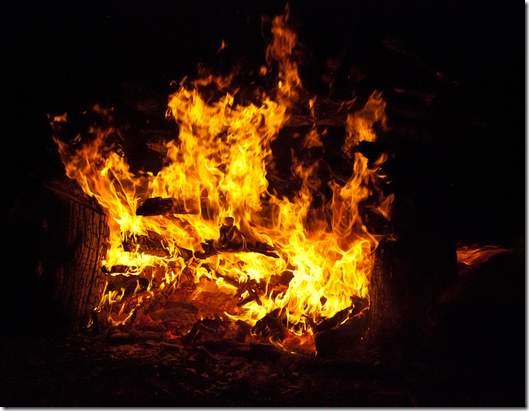 What happens when a restaurant customer feels unhappy with their service? They complain. To friend. To family. To co-workers. However, since the advent of social media, customers can self-publish, sharing their story with their circles on Facebook, Twitter, TripAdvisor and other channels. And those stories spread like wildfire.

As someone who worked in restaurant marketing, I know, that a restaurant is only as good as the last meal or customer served. I also know that there are two sides to every story. But readers of social media complaints don’t know both sides of a story. They only know what they read. And if the story is of someone they feel has been injured unjustly, they respond emotionally, sharing, retweeting and amplifying a story just as a breeze spreads a wildfire.

Wild Wings restaurant chain serves great wings, cold beer and has a lively atmosphere. The firm started in Charleston and grew, expanding with stores outside of Charleston. The founders sold the chain last year and growth has been on the minds of the new owners.

Jestine’s Kitchen, named to honor a family cook who created all the recipes now served in this restaurant, is beloved by Charleston visitors. Founded to serve traditional Southern favorites like the owner enjoyed during her childhood, it has gained local and national standing as the place to eat Southern-style vegetables, cornbread and enjoy a typical “meat and three” lunch.

Both establishments have been in the news (stories hyperlinked above), via social media, broadcast and print.

A Wild Wings’ customer Michael Brown and his family were upset after an incident which they felt was based on racial discrimination. Brown took to social media to air the story because his calls and messages were not responded to by restaurant and chain management and staff. In the case of Jestine’s Kitchen, the owner abruptly closed during normal opening hours, leaving a line of fuming potential diners on the sidewalk and upset long-term employees scrambling for work.

Both stories have been prominent in both Charleston, and in the case of Wild Wings, across the country. Each has elements which might have been managed better, resulting in a better public outcome.

At Wild Wings the Brown family was refused seating and made to wait (read an interview with the family), eventually being ushered from the restaurant following the complaints of two “white women” who said they felt threatened by the family. Compounding the family’s outrage was the fact that the two women were seated prior to the family. Besides lack of a timely response, it appears to me that the restaurant’s management never really understood the depth of the hurt and outrage that their African American customers felt. The apology (read the statement) rings hollow in the ears of anyone who has experienced racial  discrimination:

“We are truly disappointed and sorry that any guests of ours felt disrespected or discriminated against,” the statement read. “Our ownership group, home office staff and restaurant staff represent the diversity that our great country is made up of and these accusations do not reflect our values. We can assure you that we will not tolerate any discriminatory behavior in our organization.”

It doesn’t matter to the Brown family that the actions of one manager were not representative of the management’s values. Those values weren’t on display during the incident nor are they apparent in the resolution—the offer of a free meal for the entire family. That just doesn’t cut it in my opinion.

What would have been a better solution? Response to an incident like this is not simple. You can’t just say, “We’re sorry.” OR our “Internal communications broke down.” The Brown family doesn’t care about Wild Wings’ internal communications. If your business has a customer who feels discriminated against, your timely apology shared both with the hurt persons and on your owned media (your website, your social media) must convey your expression of deep concern and show evidence to make amends to them and to all potential customers.

I feel the apology Wild Wings issued is without heart or compassion. In my opinion, the offer of a free meal would never cut it to repair damage from someone who feels a victim of racial discrimination. If the response had included an announcement that the manager had been “benched” and an announcement that everyone in the organization was to undergo sensitivity training and that a fund was being established by Wild Wings to fund scholarships for a deserving African American students in hospitality management, then it might demonstrate the depth of their caring.

In the case of Jestine’s Kitchen, it seems from reading comments in social media and the news, that the owner was overwhelmed by the responsibilities of running the restaurant and managing her life. We can all snap and do nonsensical things. However, in this case, her break seems to have publically harmed her long-term employees. From news accounts, the restaurant will reopen following repairs, though the abrupt timing of the closure is still not explained  by the owner’s answer, “I’m a woman.” to the question of why the restaurant closed when and how it did.

This owner could have prevented extreme damage to her popular restaurant’s reputation if she had gathered staff at the end of service and explained why she was going to have to close then and there. She would have also prevented the public wilding across social media of her abrupt behavior.

Lessons can be learned

A crisis will happen in your business. Your firm’s health and continuation depend on your response. What can you do?

Don’t wait until you find your company front and center. It will happen. And your firm’s life depends on how you are prepared, what you do, what you say, and how you say it.

If your business or firm is facing a crisis, contact us at 843-628-6434 for consultation and assistance. If you would like to have us perform a crisis audit for your firm so you are prepared in advance, we welcome your call.