Marketing and PR Tactics and Helps for Small Business Owners

We’ve been blogging for a long time. We’ve focused on creating content that resonates, answers questions and helps you with your public relations. It’s our sincere goal to give back to the very types of businesses who help support us.

What do we write about?

We share tips, strategies and how-to articles that help owners of small businesses compete with large businesses. Through our content, we help you achieve your goals and become a more informed business manager.

If you want to up your game and improve your skills, master the tactics and strategies in each of these articles.

Our top ten most frequently read blog posts are:

Photo by Annie Spratt on Unsplash

Broadcast app Periscope invites you to “Explore the world through someone else’s eyes.”

Social media keeps evolving. Far from being the one-sided stream of inane pics of food or defamatory posts about politics, social media in our opinion allows people to create and build interpersonal interactions. From San Francisco comes the newest face of our socially centered world, one that may just have a way to further confirm a more immediate and interpersonal element that outlets like Facebook, Instagram and Twitter may be missing. 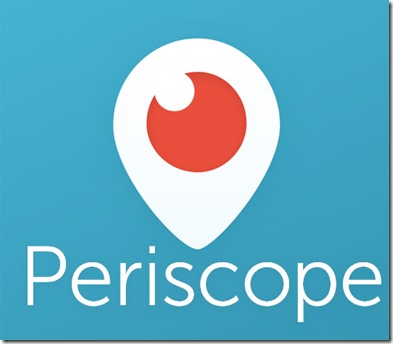 Meet Periscope, the newest video broadcasting app for social media users. This smartphone app for Android and Apple isn’t like watching television or even YouTube. Broadcasters live stream and connect with others in real-time. Viewers can send direct messages to interact with the broadcaster, or tap the screen to send “hearts,” showing appreciation in the same manner as a “like” on Facebook. Viewers ask questions as well creating a truly interactive video stream. Though separate from Twitter, the two companies have joined forces to cooperate with one another, making the perks of both apps available to users for optimal usage. As such, Periscope videos can be shared on or linked to Twitter, allowing users of both applications to glance into the lives of their fellow posters. Followers are instantly notified when broadcasters are live, offering audiences everywhere the power of the shared experience.

Thus far, Periscope users have been treated to the sight of someone rising in a hot air balloon over the Sonoma Valley, a live performance by a private pianist who could play any request the audience could throw out, a tour of Glacier Park guided by one of its rangers, a monologue rehearsal for Jimmy Fallon before an episode of The Tonight Show, and a backstage look into the Paris Opera ballet provided by Benjamin Millepied.

LIVE on #Periscope: Rev. Bryant addresses “the elephant in the room.” https://t.co/Q3Mgu1Do7P

Periscope is a broadcast app

Within the app, you may follow people from your Twitter group who are also on Periscope or you may use third party website Perisearch, which requires registration to find and follow or watch on your laptop, tablet or desktop (does anyone really use desktops anymore?)

Upon starting a broadcast, you can let your Twitter followers know that you’re live streaming by tapping on the Twitter icon. Live streams will be viewable on the web, but not after they are over. For details on all aspects of using Periscope, consult their easy to use help files.

There are many marketing and public relations uses we envision for Periscope. With it, live tweeting now becomes live coverage. Rather than wait on news media to cover and broadcast your event, with Periscope you have the tools to connect with current and future  customers and people following you via your Twitter stream. You could broadcast workshops, gatherings, sales, and more.

If your firm finds itself in a crisis situation, using this app to broadcast key leaders as they update people on the situation can help you reach directly to consumers and interested members of the public.

Make your own reality TV broadcast

Luxury Spot lifestyle blogger Bryce Gruber-Hermon has used her Periscope to share beauty tips from her home in New York City. She says, “I’ve been using periscope as a combination of a daily video diary, mini reality show, and live, in the moment version of YouTube tutorials. It’s so much fresher and more authentic than YouTube’s canned music and editing. I love it.”

The Tour de France is also using Periscope to share and interact with viewers.

If you’re interested in using Periscope for yourself or promoting your business, check out the app’s website and learn about its many awesome features.