When I was in high school there were a number of people who were caught “rolling” a house. It didn’t go well for them. But now, you can virtually “roll” famous landmarks courtesy of Cheetos and their virtual prank site. And I did just that with Charleston’s Old Exchange Building. 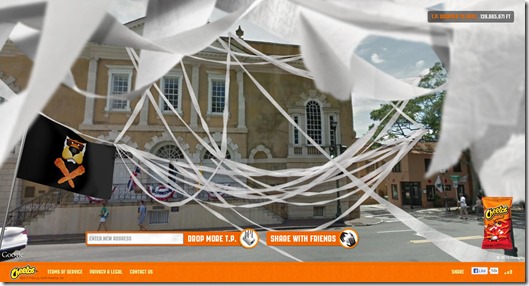 Prankvertising is on a roll

Brands are discovering humor and promoting their qualities in new ways.

Not to be left in the dark, Toys R Us delighted a bus load of kids with their “field trip.” (Click to view video on YouTube.)

Stunts and pranks have always been big in the United States. When I was a kid, “Candid Camera” was a giant hit. In the years since there have been revisions of it and copycats. Taking advantage of the unsuspecting whether it is the soda pop test that both Coke and Pepsi have done (Max Headroom video)

time after time or the laundry soap swap on unsuspecting housewives, pranking in the name of your brand is popular.

Entrepreneur rounded up the most recent examples of prankvertising and asks, “What do you think? Is prankvertising a flash in the pan or something we’ll be seeing more of in 2014 and beyond?”

From where I sit, I think this is not going away, and like Flash Mobs, we’ll see more of it before we see less of it.

Would you use prankvertising to promote your brand? 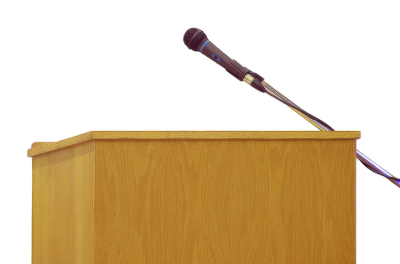 Public speaking is proven, time-tested way to position your company as a knowledgeable, credible authority in your business segment or industry. It is one of the public relations tactics that continues to provide great return on your time-investment.

It is important to develop your talk or presentation on topics of interest to the audience. Your talk must not be an advertisement for your company. It must always be a way to share knowledge and leave the attendees more knowledgeable than when they arrived.

Get over your fear

Public speaking is a fearful thing for many, but there are many ways to lessen your fear. Start small and offer to contribute to meetings you attend. Practice speaking out when you are comfortable or join Toastmasters.