According to MarketingCharts.com In the United States, “three of every four US mobile subscribers aged 13 and older owned a smartphone during the 3-month period ending in December 2014.” The data comes from a comScore study published February 9, 2015.

People are using mobile devices to search and interact with websites in increasing numbers. In 2014 Google announced that mobile friendly websites would be denoted in search results. 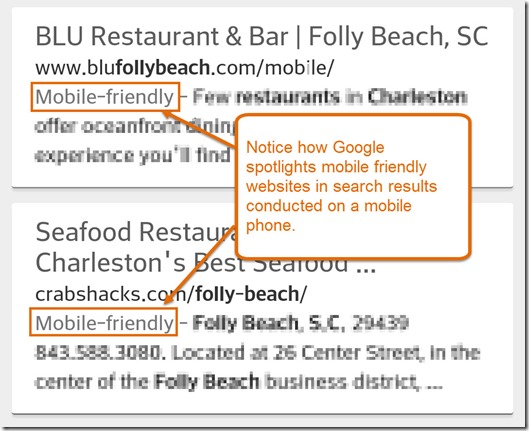 On February 26, 2015, Google announced that as of April 21, 2015 the search engine will be, “expanding our use of mobile-friendliness as a ranking signal.” It won’t be long before Google begins demoting sites which aren’t mobile friendly in rankings in favor of those sites which are mobile friendly.

Google will do this because the search dominator wants to serve consumers useful, helpful information that works for them. That is Google’s first and highest priority. Everything they do regarding search ranking is based on websites’ meeting this criteria. In the past sites which contained malware, or poor content have been demoted. We have seen the same for sites which have backlinks to poor quality websites. Now we will begin to see the same loss of rank for sites which aren’t mobile compatible. 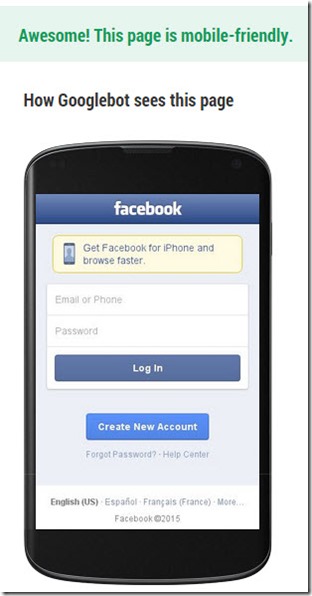 If the site is not mobile friendly, this is what you’ll see: 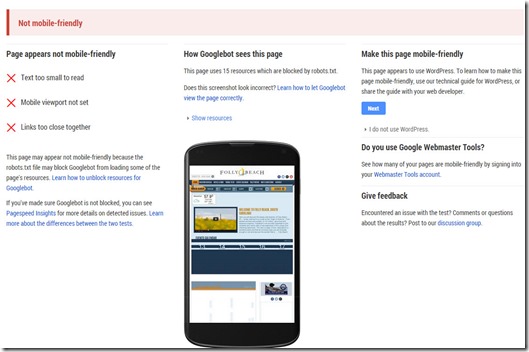 The results of sites which aren’t mobile friendly are detailed in the results.

If your site is not mobile friendly, what should you do?

In order that your firm’s site rank well in Google search results after April, you must upgrade your site to one which is mobile compatible. That means you can update the site with a new responsive theme, or add a separate mobile only site. Of these solutions, we favor a responsive site which conforms to devices.

You can make your site mobile compatible with software, which is acceptable, but is not quite as good a solution as a site which is natively responsive and conforms to the device.