Once again, Facebook has added a feature to make our digital world even more interconnected.

A Facebook Fan Page will now have the chance to show up on a non-following users’ News Feed if tagged by a Fan Page that they do follow. Facebook users will now see a connection between their liked Pages, just as they would a post by a non-friend’s Profile Page in which one of the user’s friends has been tagged. This new feature marks another move in blurring the lines between a Facebook Fan Page and a Facebook Profile Page, making it even more beneficial for a brand to have an active, interesting Facebook Page.

This new feature could change the way brands advertise through Facebook. Instead of blatant, and sometimes invasive, Facebook ads, as well as the obviously promoted “Pages You May Like” suggestions, this connected page News Feed feature allows for a friendlier, more interesting way to expose your brand through your Facebook Page. The feature creates the opportunity to make your brand’s Page more exposed and accessible to consumers by connecting with them through their similar interests. Your brand becomes less of a selling-driven cooperation, and more of an individual with intriguing Facebook connections and posts, which makes your brand a more desirable Page to follow.

In the realm of niche marketing, this added feature is a dream come true. Collaborating with similar, related brands becomes a win-win for all parties involved. For example, a newly built community center with a need for a substantial amount of Facebook fans can attract a targeted following by reaching out to local health food stores, community children clubs, etc., who already have a considerable amount of followers. They can collaborate with these related, but not competitive, organizations by asking to be included in an X amount of posts on their page, for a certain trade commodity, such as, in our community center example, offering their products and services at their facility. The posts themselves would have to be subtle enough not be forced, but direct enough so that the connected exposed followers would have a significant reason to become engaged and perhaps start following the new Facebook page.

Some possible backlash for this new feature could be that it will be just another portal for spam, but in our highly digital world, what innovations don’t have that possibility? Overall, the new feature allows Facebook Pages to become interconnected, leading to a increased exposure, and promotes collaborations between corresponding brands.

Rebecca Courtney is a soon-to-be graduate of Purdue University, where she studies Public Relations and English. She specializes in authoring and advising on the art of social media.

Business owners frequently ask what we recommend that they do to market and promote their business. While we cannot suggest strategy for your business without consultation, we can recommend the six tactics we outline here as critical to developing a strong presence and attracting new business. 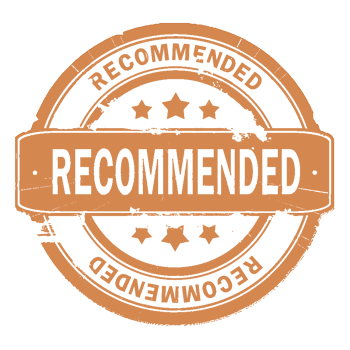 It is up to you to make sure your marketing fits your customer and supports your business goals. Don’t neglect doing something now that will win you new business in the future.

A few years ago everyone was preparing for the Zombiepocolypse – that never came. In the 19th century people were taken with the notion of vampires as popularized in Bram Stoker’s novel, “Dracula.” According to myth, a silver bullet was one way to kill a vampire. Whether or not a silver bullet will kill a vampire, zombie or even a werewolf is open to speculation. Yet people believed it would and so the myth has been accepted.

According to Wikipedia, silver bullet has been adopted as a “general metaphor, where “silver bullet” refers to any straightforward solution perceived to have extreme effectiveness. The phrase typically appears with an expectation that some new technological development or practice will easily cure a major prevailing problem.”

As human beings we are always seeking the simple, quick, one-shot solution. Why do you think the “Easy Button” became such a well known and understood campaign for Staples? It fit our mindset.

We’re prone to silver bullet thinking when it comes to weight loss, creating world peace and other complex problems — which includes marketing.

Curing what ails your marketing

In my opinion the only cure for marketing ills is careful, precise work planned to achieve specific goals. As recently as a few days ago, a sales person emailed me offering to increase my search rankings for $300 per month. And I thought perhaps that variety of vampire had gone to rest long ago.

The best way to achieve great search rankings is to create excellent content for your website, blog, and social media channels and share that content so it gains interaction and attention. Additionally there are other technical steps to take such as having an easy to navigate website with grammatically correct pages and which is fast and focused and exhibits signs of activity and life.

Similarly, when it comes to your firm’s public relations efforts, just sending out a hackneyed press release doesn’t get you earned media or attention. If you truly have a newsworthy announcement — breaking news or a significant achievement — you can be sure it will gain attention.

If you are not sure of what qualifies as a newsworthy event or announcement we’ll be glad to consult. In the meantime, quit looking for a silver bullet.