So you’ve written a book and now you wonder, what do I do with it?

Someone asked me what we recommend to authors who have self-published.  While we are a PR firm, we specialize in business and professional organization PR. We’ve worked with a few authors, but do not anymore because it is such a specialized area.

To answer my friend’s question, we developed a list of basic and recommended activities for her.

Book publicity is its own animal.

There are specialist public relations people who help authors promote themselves. That being said, getting into a bookstore is not always the fastest key to success.

Many authors self-publish these days, and the book distribution system is set up primarily for people who are published by recognized publishing houses. The authors that I have known who have had success have taken steps to get an ISBN number when they publish, and then network with independent booksellers to get those independent bookstores to carry the books.

Years ago book publishers would do lots of PR for authors. That simply doesn’t happen anymore. If you’re a big-name you get some of that, but even if you’re a big name you still end up coordinating all your own book tours, signings, and promotional activity. The most successful authors are the ones who build up and utilize their social media channels in a very strategic way aligned around the topics that they write about.

If you’re going to invest money in the publicity and promotion of your book, be sure that you choose someone who has an established track record. Working with a publicist to does not have a strong track record is like throwing money down a rabbit hole.

You need the following basics to start your book promotion:

This by no means an exhaustive list of activities and materials. This is a list of fundamentals which you may be able to do on your own to get started with your self-promotion. 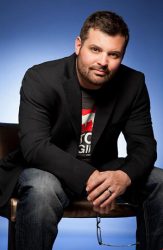