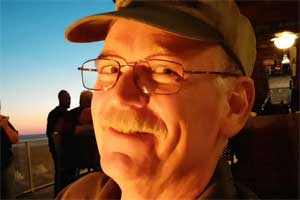 Bill would rather write code than eat, at least it seems like that when he’s working on a project. Formerly an embedded systems computer engineer whose work has ‘flown’ on the space shuttle, and even now powers plasma physics labs’ test and measurement equipment, Bill changed career directions to allow him to use his creativity.

As the web designer and engineer for Charleston PR & Design, Bill uses his keen problem solving skills and innate sense of order to create elegant web sites that work. As a graphic designer Bill enjoys depicting his client’s businesses on the web.

He’s realized that the days of youth when he made black powder with his buddies or when he greased and floured his grandmother’s kitchen walls were just his attempt to freely express himself. These days he uses color, motion and design to express his client’s business goals.